I am, at heart, a storyteller.   Having come from
a rich family tradition steeped in Texas history,
this has always been a prominent thread in my
personal tapestry of life.   My sculptures and
paintings are the stories I tell. 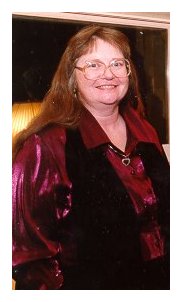 CAAP 2000 - For the creation of Messengers of the Spirit, a series of round watercolors
of several sizes depicting varied spiritual and cultural perspectives  (Sample)

Works are on permanent display in private collections in Chicago (city and suburbs), as well as in
Texas, New Mexico, Arizona, Missouri, Oklahoma, California, Wisconsin, Florida and Munich, Germany

Bachelor of Fine Art
Sculpture; Watercolor
School of the Art Institute of Chicago